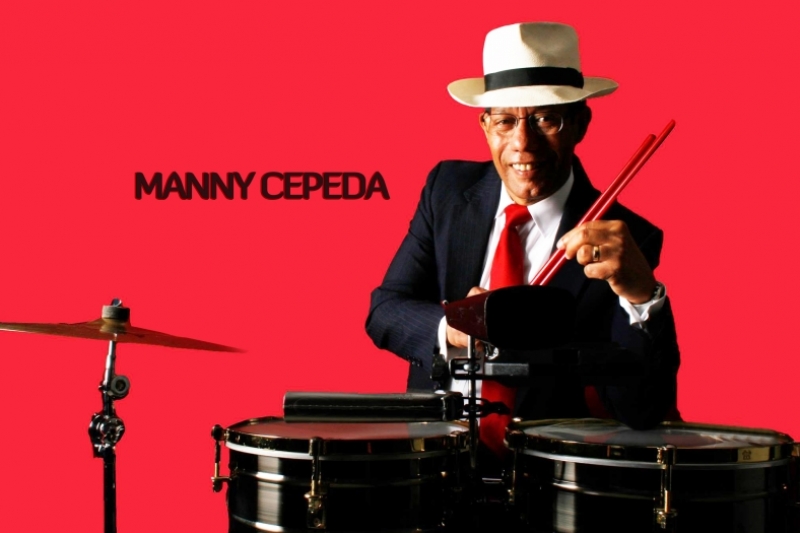 Manny has been performing since the age of 7, first as the "Timbales Player" in the highly acclaimed variety TV "Show de Vigoreaux" in San Juan, Puerto Rico's Channel 4, and then with other famous bands such as "Babo Jimenez, Ricardo Ray, Willie Colon and others. Manny has performed at festivals and for dignitaries throughout South America, Africa, and Europe.

His passion and love for music was developed as a young boy and is rooted in a rich family history of musical professionals from the famous “Cepeda” family.

His musical experience of over 50 years makes him a fountain of knowledge in the Latin Music genre. He has a Bachelor in Music Education from Illinois State University and A Masters of Arts Music from the Ellington University in New Orleans, Louisiana.

He was the leader of the famous Navy Steel Band and the world traveled U.S. Navy Show Band, he toured the entire continent of South America and West and South Africa, Caribbean and Europe doing 7 world tours and performing 164 concerts and festivals within each 7 year period. He retired as a bandmaster US Navy after 31 years of service.

As a professional musician he has performed on stage with famous bands such as “Babo Jimenez, Ricardo Ray, Willie Colon and opened for headliners such as; Tito Puente, Sammy Davis Jr., Tony Vega, and Arturo Sandoval.

His knowledge and expertise brings the art of Latin music to life. His unique music style enriches your life culturally as well as socially with lives and sequenced music resulting in an amazing blend of technology and live performance unequalled in the entire West Coast.